It's about time I finally post something on here!

I was looking at some articles online and I found some really cool images of milk bars in Poland during the PRL era. They usually served cheap and fast served food and were set up by the government to serve the workers of the socialist country. There were thousands of these across the country but this specific one with super extremely yellow walls caught my attention.

Started by gathering some reference mostly for the room and window layout as I will create another one for assets later down the line. 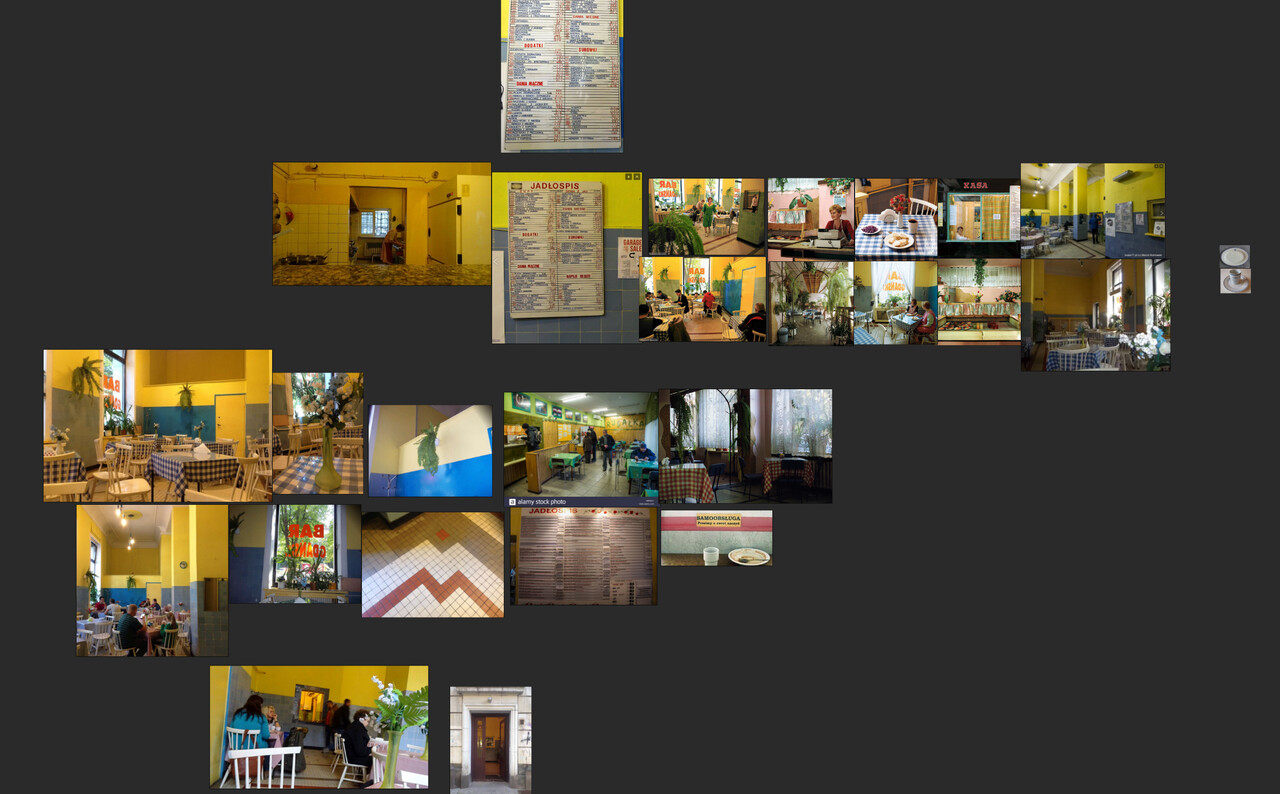 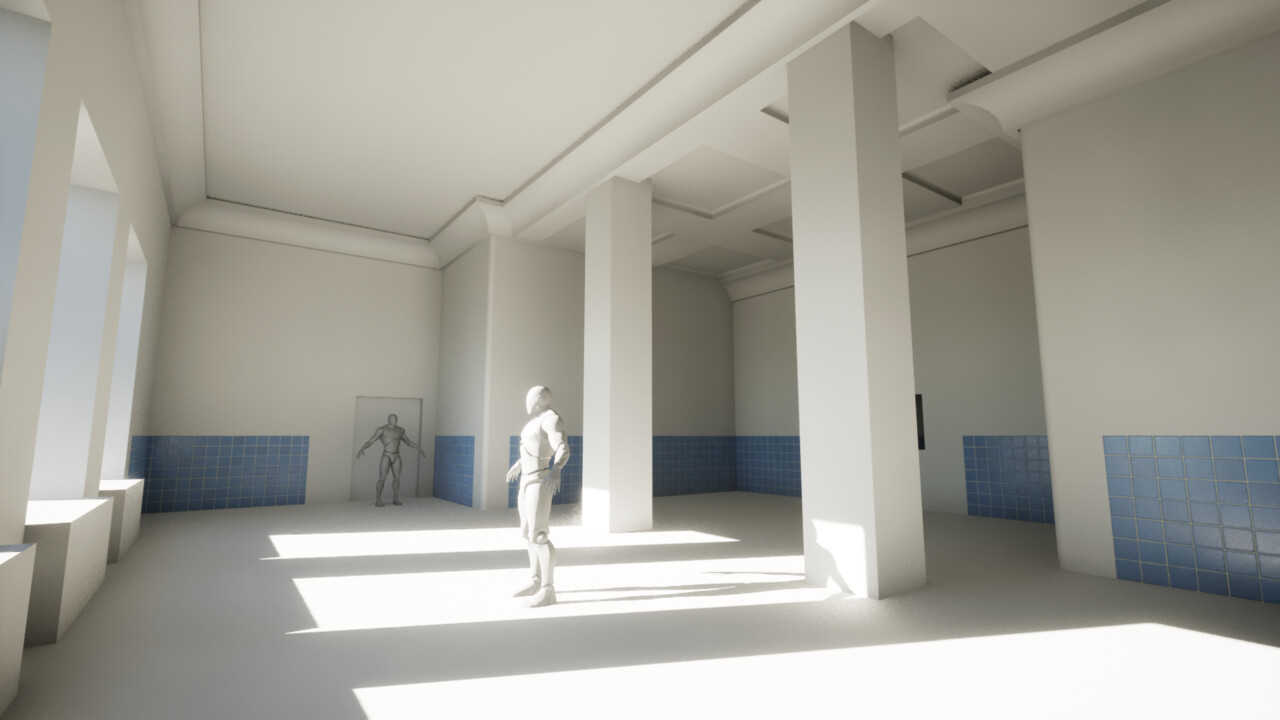 Now I am slowly going through the scene and filling it up with assets that I am gathered references for. A lot of the materials are WIP but I like to get them in quite early to get a feeling for the general phase. Created some tile materials in substance designer and a few different colour variations as well. 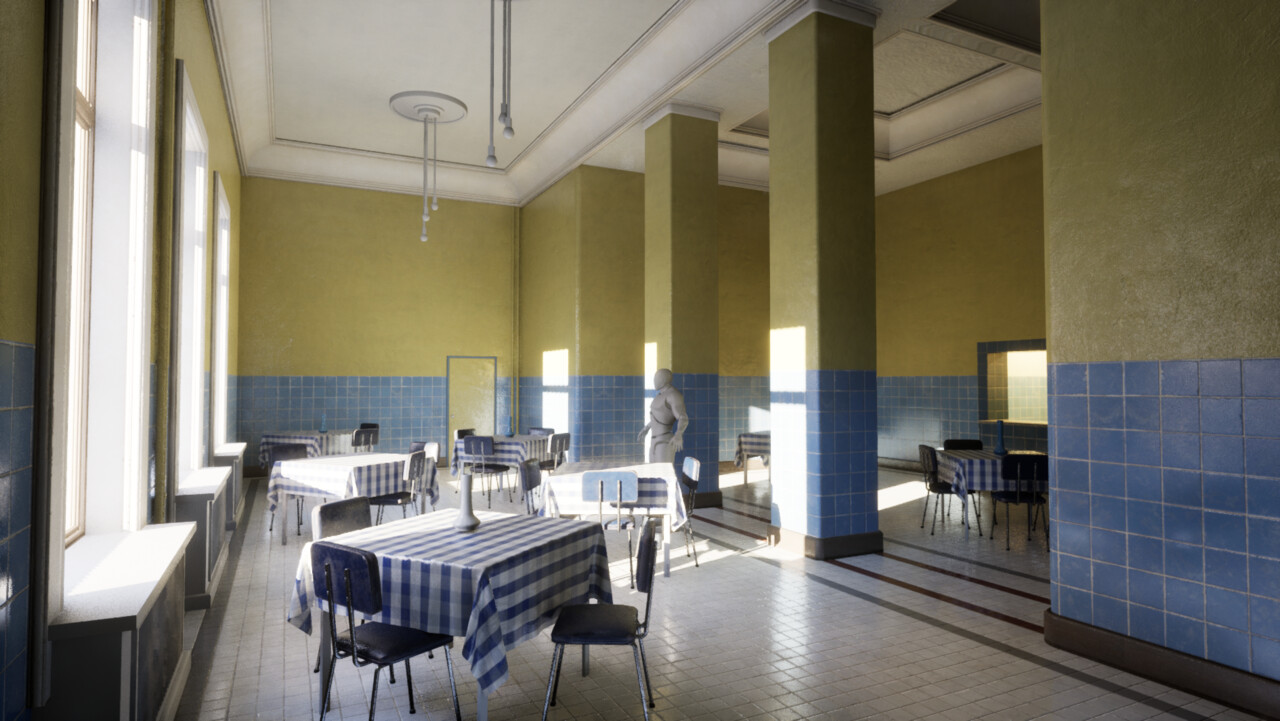 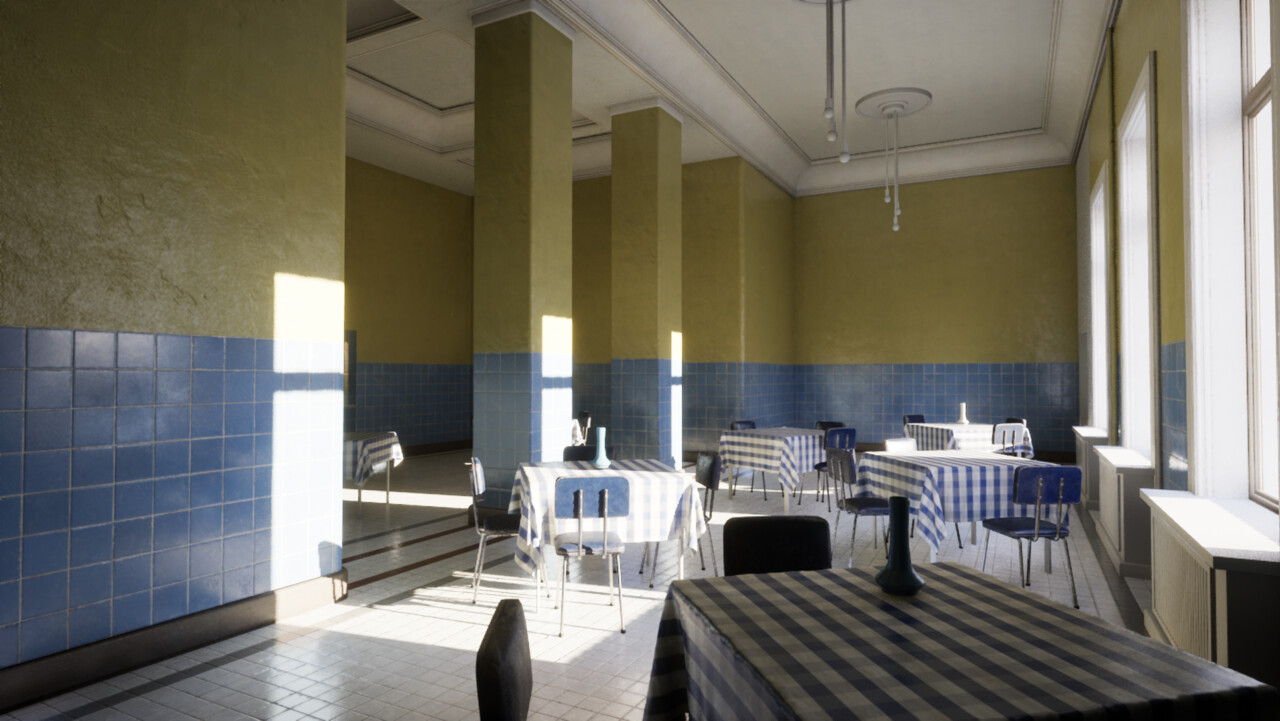 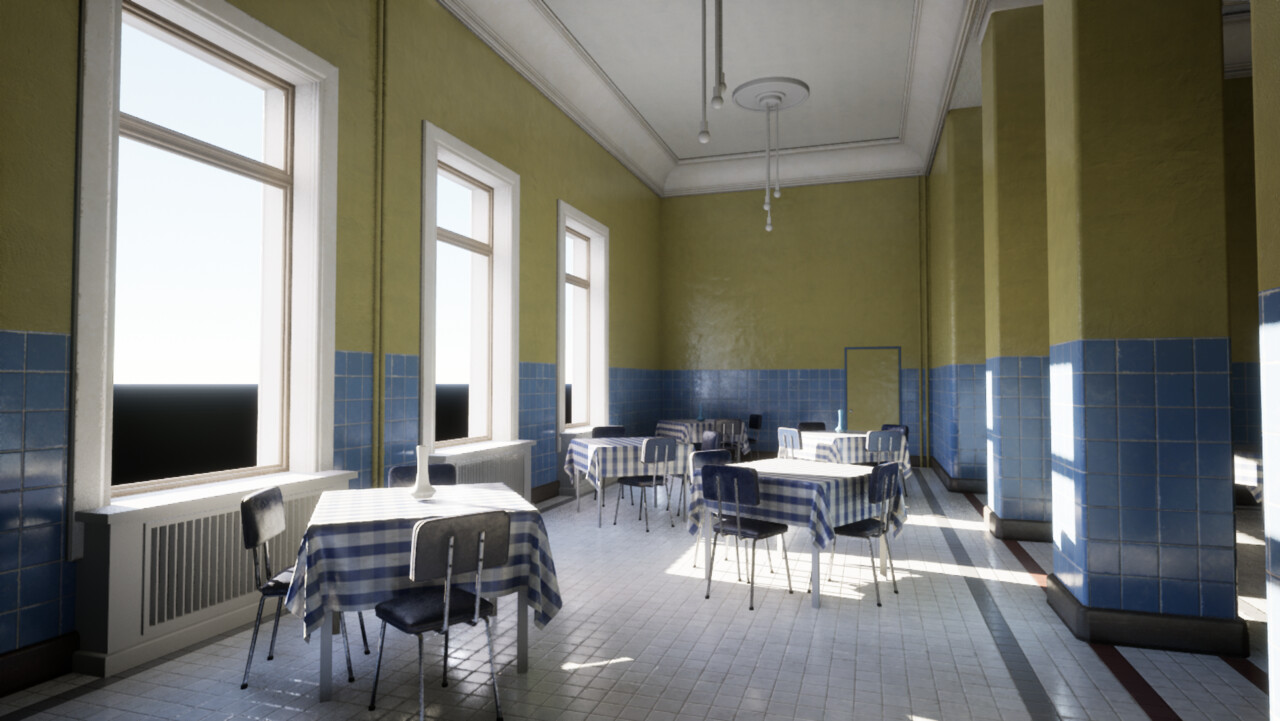 Initially, I was quite cautious about the yellow in the walls, but after receiving some feedback from my colleagues I decided to go quite bold with the colours and make it own the space. 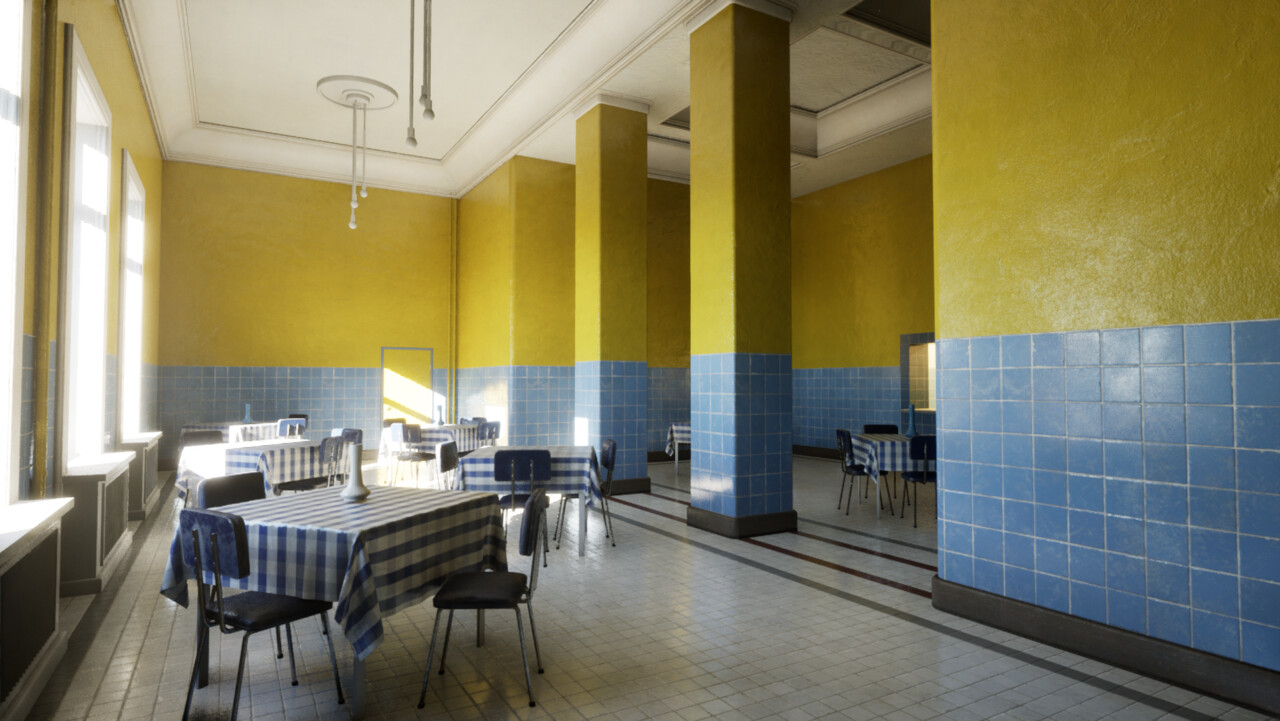